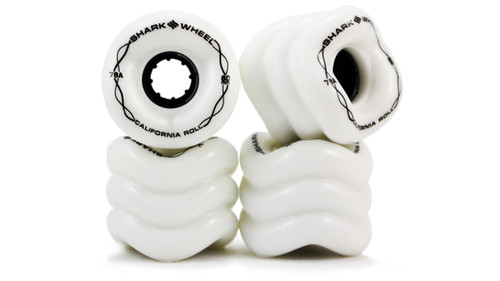 2. Approach Angle. Shark Wheels perform similar to how drivers intuitively know to go over a speed bump at an angle to reduce the shock in their car. The unique 30 degree approach angle of the Shark Wheel reduces shock and deflects objects due to its approach angle. A normal wheel is a steamroller and tries to go over obstacles in its way. Shark Wheels tend to move around objects
3. Lasts Longer. Scientifically tested to last up to 50% longer when cruising. Shark Wheel has multiple center points compared to one center point on a traditional wheel. Scientifically proven by San Diego State University, Mechanical Engineering Department. Flatspot resistant.
4. Better Slide Control. The Shark Wheel actually spins as it slides acting like a car's antilock brakes. The 3 lips of the Shark Wheel compared to 1 lip on a traditional wheel give predictable slides. Also, slides are easier to perform due to less surface area in contact with the ground. Less friction to initiate slide.
5. Lightning Fast. 57% less rolling resistance than a traditional wheel. Scientifically proven by San Diego State University, Mechanical Engineering Department.
6. Media. As seen on Shark Tank, the Discovery Channel, FedEx Commercials, FOX.
7. Technology in Other Industries. Shark Wheels are used by many Fortune 500 companies in other industries for their performance advantages. 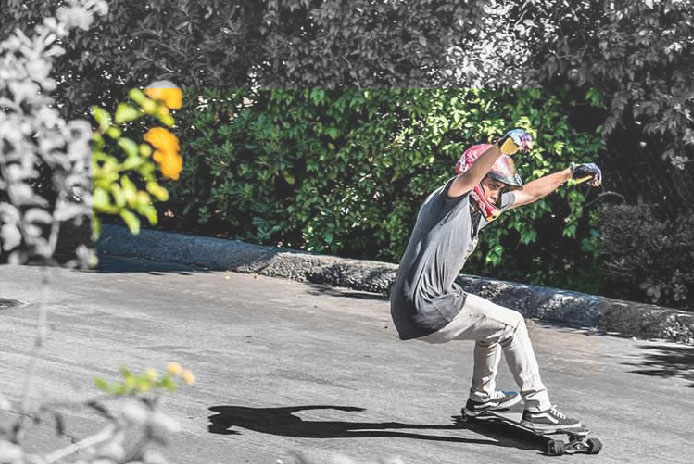 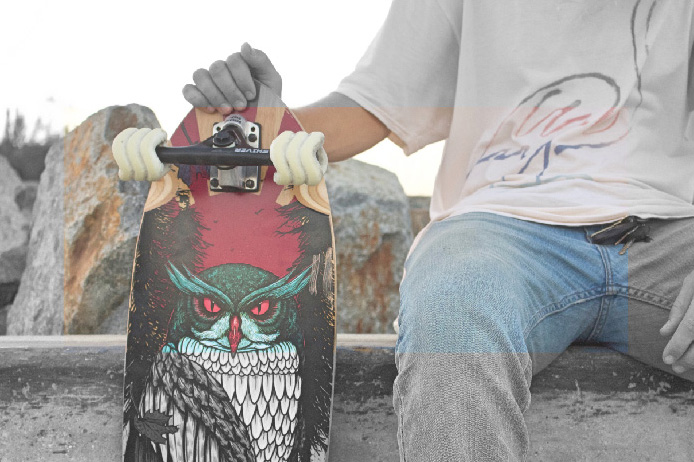